The month of May 2022 marks the release of both Flutter 3 and .NET MAUI, advancing cross-platform development forward. Flutter 3 brings stable support for macOS and Linux applications to complete their iOS, Android, web, and Windows platform capabilities. .NET MAUI brings the powerful C# language into the space, allowing development on Windows, iOS, Android and macOS. 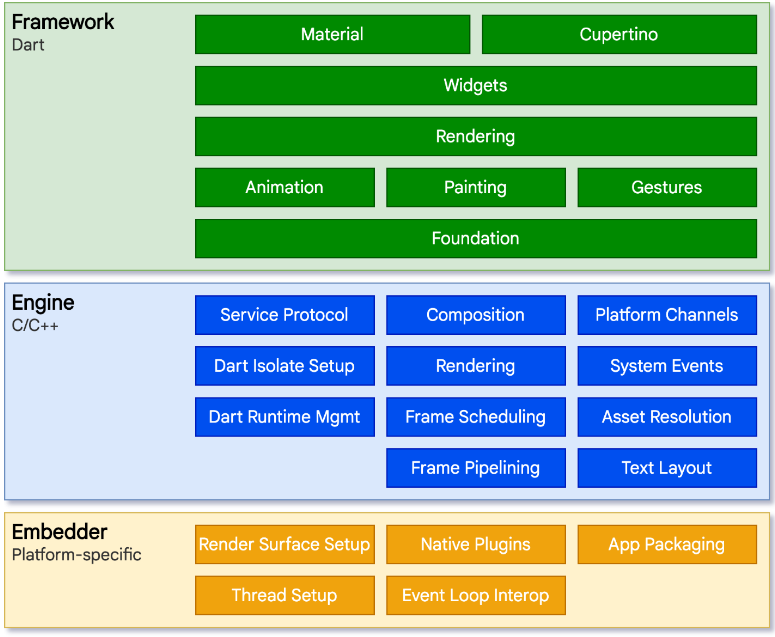 Flutter uses the same Skia graphics rendering engine as Google Chrome. This allows the framework to write pixels directly to the screen instead of interacting with the native APIs. Because of this, the graphics rendering is independent of platform. This is how game engines render graphics. Game developers do not rewrite their code for each platform, they simply port the graphics rendering to each device. This makes Flutter more resilient to lower-level changes of native operating system APIs. The downside to this approach is felt on the web. Since Flutter is writing UIs pixel by pixel, the web implementation writes these pixels to a single canvas element. This makes some of the more standard web browser actions (right clicks, control-f searching, etc.) harder to implement.

.NET MAUI is the evolution of Xamarin.Forms, a cross platform mobile application framework that targeted iOS, Android, and Windows. Visit Syncfusion for a detailed writeup on the differences between .NET MAUI and Xamarin.Forms. It is included in .NET 6 and is touted as the primary UI development kit for .NET 6 going forward. 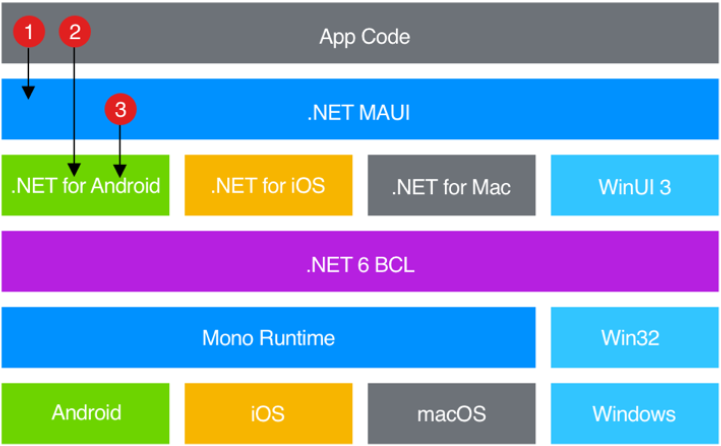 MAUI works similarly to other cross-platform frameworks like Ionic/Capasitor.js or React Native. These frameworks abstract away the native controls (buttons, checkboxes, camera access, etc.) of each target device. This is accomplished by a platform specific .NET framework for Android, iOS, and macOS, and is implemented by the Mono Runtime environment.

THE FUTURE OF CROSS-PLATFORM

Flutter is currently the fastest growing cross-platform development framework available. .NET MAUI has some clear shortcomings and has a way to go to reach the maturity of Flutter. Google has clearly carved out an early lead in the latest technology race. But can they sustain this pace? According to the most used frameworks poll from Statistica, the .NET Framework and .NET Core are two of the top three most popular frameworks.

Google and Flutter are making great strides in advancing cross-platform technologies, but the slow and steady enterprise-level Microsoft has the market share to create a dominant framework as .NET MAUI matures. 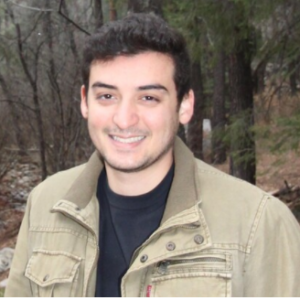 Vince Giacoppo graduated from the University of Arizona with a BS in Systems Engineering. In his senior year he lead the team that developed The Software Factory, a system designed to boost the new software engineering degree program, jointly housed in UArizona Electrical and Computer Engineering and UArizona Systems and Industrial Engineering.

This author does not have any more posts. 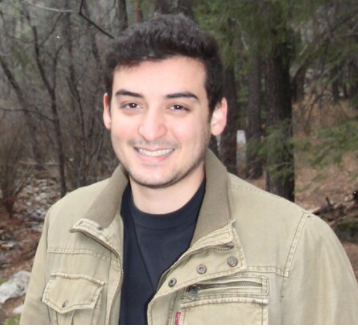 Vince Giacoppo graduated from the University of Arizona with a BS in Systems Engineering. In his senior year he lead the team that developed The Software Factory, a system designed to boost the new software engineering degree program, jointly housed in UArizona Electrical and Computer Engineering and UArizona Systems and Industrial Engineering. 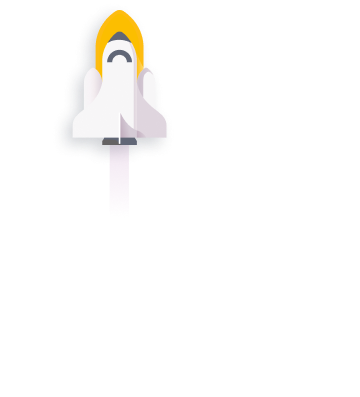